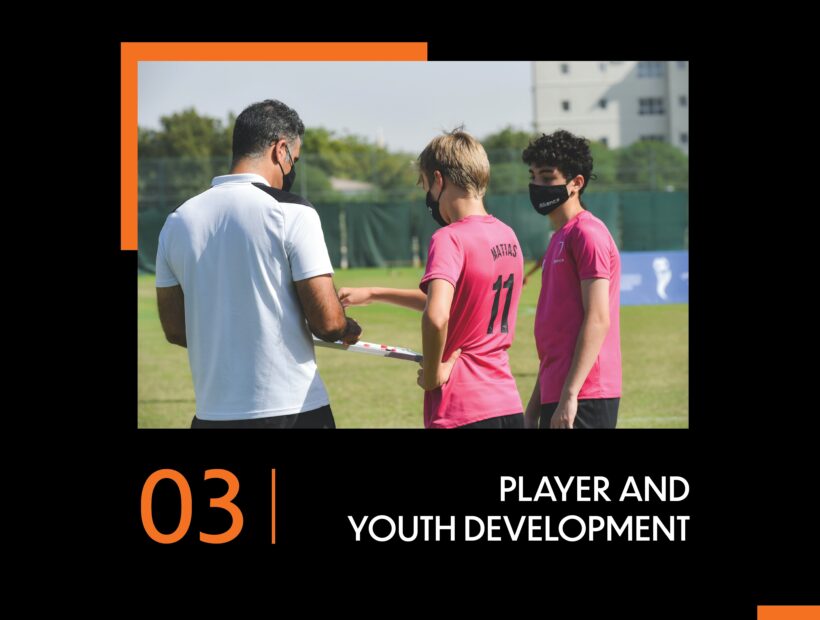 Football Clubs are missing out by not focusing on player and youth development as a core strategy. Developing better players creates a better team, better results and brings a significant revenue stream. Why would you not have this as a core strategy?

It seems an obvious thing for any football club to focus on and most clubs will tell you that they do so. However, the focus is generally on the first team and a manger-led model. The very few clubs that do succeed in continually developing players take a different approach. They build from the ground up, create a solid foundation and a process driven operation that is self-sustaining. From my research and learnings, evidence shows there are some key elements to consider in achieving success with player and youth development.

The starting point, as with any high-performance organisation is to take a whole organisation approach and a longer-term view. Purpose and identity are the foundations, with vision and leadership being the key elements to make it happen. By doing so, everyone within the club is focused on the club’s vision and objectives and not their own or their department’s objectives. Across the club there should be one football philosophy at all seniority levels; one football culture, one style of play, one ethos and expected behaviours consistent across all departments.

Beyond the basics of technical, tactical, physical and mental attributes of players, there are other factors to consider in making them the best they can be. Firstly, players should be considered as belonging to the club, not to anyone team or coach within the club. They are an asset of the club and this in fact is a core pillar of success at clubs such as Benfica FC.

Secondly, understand the raw material and what raw talent looks like at whatever age, whether that be 10, 15 or an 18-year-old that has been discarded by another club. Do not allow bias to impact decision-making and instead, focus on creating an internal framework that involves process, structure and discipline; this is a fundamental aspect in any high-performance organisation and will ultimately lead to better decisions being made. An example is Jamal Lewis, now at Newcastle. As a youngster at Norwich, Stuart Webber (the new Sporting Director) was impressed, he saw something, but when he spoke to the club’s coaches, they were negative about Lewis. Webber then spoke to senior players, who confirmed that the strikers did not like playing against him in training and when he was going forwards, he was difficult to stop. Within a couple of seasons, he became an England international and in September 2020, Newcastle paid £20 million for him. Clearly the coaches closed thinking had some bias, subconscious or otherwise, which potentially would have let this valuable asset slip through the net.

Another example is Daniel James, now at Man Utd. When Graham Potter went to Swansea as their new manager, James was on loan at Shrewsbury. He couldn’t get into the first team at Swansea or Shrewsbury, but Potter saw something and brought him back, developed him and Man Utd later paid an initial £15m for him in June 2019. I am sure there are many more examples across football.

It is key that every team in the club plays the same way, whether it be U17s, U23s or the first team, they should all be aligned, playing the same type of football with the same tactics, for example 4-3-3, high press, regain possession quickly and so on. Again, this seems obvious, but is not the norm within football clubs. Typically, the first team manager, whose role expectancy is an average of just 14 months in English football, is focused on short term objectives, winning games and protecting his job, with no aligned thinking to the academy and youth development.

With consistency across the style of play, we also need to look at the individual players. High-performance organisation theories confirm that lessons from both Business and Sport are transferable in either direction and we can draw analogies to business. For example, a manufacturing facility has raw materials coming in, which are all specified to be exactly the same each time they are delivered as this helps guarantee the quality of the finished product. Whereas with individual players (the raw material), there may well be similarities across all levels, but as individuals they are unique and should have an individual development plan. This should include the development of the player from the football perspective, but also as an individual, as a person with the right values and ethos to match the club. This individual plan should include a clear pathway to the first team, a chance to compete, to play and to progress, which again is sadly missing in many elite football clubs. Training provides development opportunity, but matches deliver experience and experience is the best learning.

Another analogy with successful businesses, is to fully understand how you achieved past success. Look at a player who has developed, has performed at a high level or being sold for a big transfer fee. What did he look like at age 15, 17 and 19? What were the attributes that could have been identified at that time? If you are able to understand this and define it, and recognise how success has been achieved previously with certain players then it makes it more possible to replicate those elements or circumstances repeatedly.

Typically, in football and in business the tendency is to examine failure to avoid it reoccurring. For example, a team is beaten five nil, the manager brings the players in the next day to understand and examine why they lost five nil. Fair enough, but the smart move would be for the winning team not just to celebrate the win, but to examine why and how they managed to win five nil. Its about focusing on the positive habits, the positive events, understanding how and why it worked and then trying to replicate those, embedding them as future habits.

Coaches and consistency of coaching and player development at all ages levels, including the first team is another key factor. Typically, they are similar to managers, following their own agenda of winning games and improving their own CV; a symptom of the sector’s short-term mentality Coaches need to be educated to think differently. The Belgian FA adopted this approach some 20 years ago and as we all know they are currently ranked number one in the world with a population of only 11 million. Kris Van Der Haegen, Coach Education Director, Royal Belgian Football Association, describes the key elements as “The Belgian DNA of football”; the player is more important than the team; use the game as a tool not as a goal; it’s not about winning, but about learning and coaches need educating in this philosophy. Quite an impact, ranked 66th in 2009 to 1st in 2019.

The football department of a club is not just about the first team. Self-sustaining on pitch success needs solid foundations and a whole organisation approach, with a vision and strategy to deliver that vision. Understanding what talent looks like for your club, considering players as assets of the club, as individuals with personalised development plans and pathway to the first team are all key. Coaches need to be educated to think differently, placing the player first and not the team.

The solution is obvious – invest and focus on improving your assets, your players. Producing better players, means a better team and better ‘on pitch’ results. This will naturally result in player sales due to market demands, generating significant income, which can be reinvested, ultimately resulting in highly profitable and sustainable success. 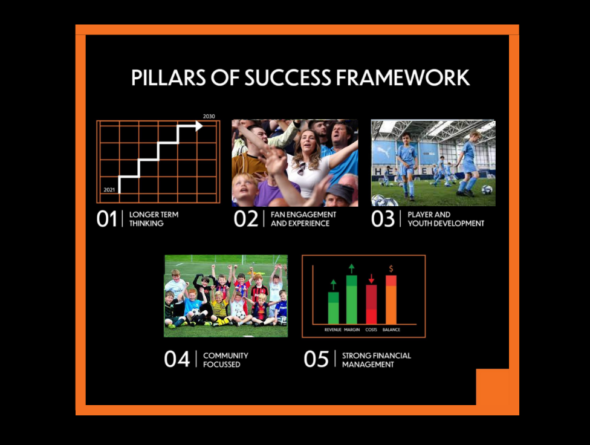